What Does Uncontested Divorce Mean in Arizona?

In Arizona, we call it a “default divorce”.

However, the term itself could mean different things:

1. One person serves the other, and the other person does not contest, because they agree. 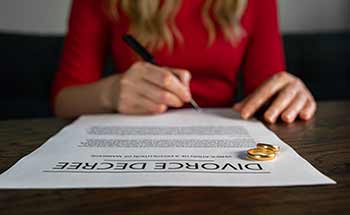 For example, let’s say two people are married, but have no property or debt as a couple. One person may serve the other with a divorce petition that simply states- in legal terms of course- that there is nothing to divide. The other person agrees, so they don’t bother to contest. You could call this an uncontested divorce, even though one person isn’t really participating.

After 60 days have passed, a default divorce decree can be submitted to the court. The other person was served the papers, and never contested because they were in agreement. This is known as a default divorce. It is also “uncontested,” but that’s not the actual legal term.

2. Another way a divorce could be uncontested, is that one person is served the paperwork and doesn’t respond to the court in time.

Perhaps the person being served disagrees with most of the divorce petition; but if they don’t file their disagreements with the court, then they will lose by default. Meaning, the person who filed the divorce (petitioner) will win, with the terms the asked for. This type of divorce is also “uncontested,” but only because one party ran out of time– not because they were in agreement.

Meaning, you can be in total agreement or completely disagree with everything, and still have an “uncontested divorce.”

3. A divorce by publication can be uncontested, because the other party can’t be located.

Sometimes, our clients may not know the whereabouts of their spouse. In cases where the other spouse cannot be located, people divorce by publication. Divorcing by publication means that you post notice of the divorce in a newspaper. After the ad runs for a consecutive number of days, the other partied is considered served. Meaning, even if the other party is unaware of the divorce, we could still consider it “uncontested.”

4. Finally, if you divorce by consent, many people call refer to that “uncontested.” 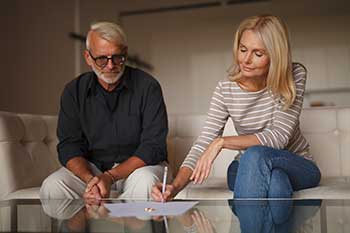 If you and your spouse are divorcing by agreement, you can obtain an Arizona divorce by consent – sometimes referred to as an uncontested divorce.

This type of divorce is distinctly different from the above three options, because in this case, both parties are active participants.

You must still file your Petition for divorce with the Court. Your spouse will then accept service of the Petition, saving you the cost of a process server.

You or your spouse will still pay the Court’s Response / Appearance fee ($349 / $274), but they will not file a Response contesting your divorce petition. Instead, we will write all of your agreements regarding your divorce into a document called a Consent Decree of Dissolution of Marriage.

This “consent decree” can be submitted to the Court sixty (60) days after we file the divorce petition. Once you submit your consent decree, the judge assigned to your case has an additional sixty (60) days to sign off and make your divorce final. However, they typically do it in about 12 days. (From our experience it’s about 12 days, but we make no guarantees on how long it will take a particular judge to sign your particular documents.) 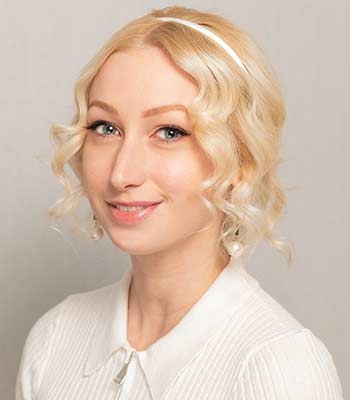 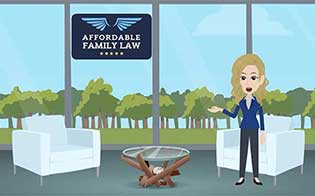